While flipping through the radio stations one night this week I stumbled upon this completely horrible song. But ironically, the guy said something that resonated with me because I was really trying to think of a title for this post. While I’m sure the context in which he meant it was different than mine, it still stuck with me when he said, “Real bosses just sit back and listen…”

When counseling managers, I hear all too often of unnecessary, unproductive confrontations and negative conversations. The conversations remind me of those had with children when one says something…and in an effort not to be outdone, the other just has to rebut, and it becomes a situation where no one wins.

When there is too much talking, not enough listening and someone is so busy trying to prove or drive home their point, messages get lost in delivery. The way something is said (especially when it has nothing to do with the actual issue at hand) can trigger certain emotions that cause all negotiations to shut down. Managers seek satisfaction by throwing verbal darts in an effort to exert authority and prove their case. Unfortunately, those darts and making employees feel as if they are “losing” are more likely to cause the difficult employee to avoid coaching, become combative and unwilling to listen…and even worse, passive aggressive and disengaged. So when you feel as if you “won” the discussion, did you really?

No one ever wins those back and forth battles…in person or in email. Managers often loose credibility and leverage simply because they talk too much, always feeling as if they have to justify a directive or decision after the fact. Leaders communicate what they want, not defend what they do. Clear communication up front allows you to sit back “like a boss”, instead of constantly having to defend your position.

What Is Your Best Defense?

Well-placed silence can be a powerful weapon in an effort to get results in one-on-one, difficult conversations. Tactical conversation can help people to actually hear what’s coming out of their own mouths, while giving difficult people a chance to put their foot in theirs. Well-placed silence helps one choose battles so that there will be enough energy to ultimately win the war. That being said, it’s ok to let people feel as if they are in charge or winning, especially when you know that you have a legitimate case. THE truth will come out if we manage our reactions properly, speak when necessary and keep our comments direct, fact-based and unemotional.

Back and forth battles give difficult people ammunition to continue in their manipulative and unproductive ways. Strategy, patience, calculated conversations and well-placed silence give managers the endurance and edge they need to get much needed buy-in and behavior change. And it’s those qualities that will enable managers to not just feel as if they’ve won a fight, but to actually win the war with the whole team in tact.

I’ve been told that all of my hobbies involve a certain amount of danger or risk. Some say that my love for cigars is crazy and hazardous, but I’ve been able to learn so many things and reach so many people through that pastime. I also love poker. Sure, there’s a financial risk involved, but if one pays close attention to the actual game and the people playing it, it goes much deeper than that just a love for money.

The intricacies of the game involve many life and business lessons, that if applied correctly, can help us to change many of the outcomes we oftentimes are dissatisfied with. Today at Performance I Create, I scratch the surface on how we can take the fundamentals of a game of poker and equate them to what we deal with in the workplace:

…one of the most important things to know about playing poker is knowing when to stay in the pot (keep betting/risking) and knowing when to get the heck out of dodge…or folding…which is just like the advice I often give to managers…the wins stack up when you are insightful enough to let someone else take this pot, so that you can bank more later…

Click HERE for the full article and please share! Then maybe we can discuss the topic further over a hand of Texas Hold’em.

Experience can sometimes kill our workplaces. Not because people can’t be taught new ways of doing things, but because old habits die hard. Sometimes they don’t die at all.

When hiring for our companies, we tend to gravitate towards those that have been there and done it, in hopes that they can hit the ground running and cut our training/acclimation time half. This can work to our benefit, but also to our detriment when we have to “unteach” many of the negative behaviors they may be bringing with them from their previous employer.

I am not aware of a training program that can teach people how not to be an ass. Nor have I seen an effective curriculum that can help employees be compassionate, have common sense or fairness. Unfortunately, these are traits that our prospectives must already possess or are willing and able to get better at.

This raises the question, are we better off finding developmental talent or should we continue to recruit candidates that have been around the block? I say that this depends on a few things:

Having worked in several customer service environments, I remember looking through resumes and the hiring managers would get excited to see someone that had worked in very similar environments as ours. Unfortunately for us, while the functions they performed were similar to the ones we would have them do, our service philosophies were starkly different.

On several occasions we would have to remind employees that in our environment, Customer Service meant more than just getting clients in and out, it was about relationship, patience and problem solving. It wasn’t until we started hiring a few people from outside of our industry that we realized that we needed a certain type of person as opposed to certain past jobs and experiences. It turned out that these inexperienced yet quality individuals could learn our products, systems and processes in time as long as they had a core desire to treat our clients the very way they needed to be treated. 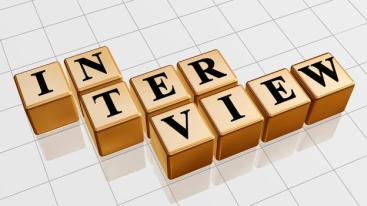 Instead of looking for the person that has the most book knowledge, maybe we should recruit based on the right attitude and their aptitude to learn as shown by there career progression. Truth is, most “work stuff” can really be taught to anyone off the street. Think about that for a second…

Maybe instead of focusing on the candidate that has all of the letters behind their name, we turn our attention to those that have the demonstrated character traits that we want or need in our workplaces. Maybe we take a look at where they’re going instead of where they’ve been. Maybe we should place more value on career trajectory instead of lateral career decisions.

I may be totally off base. I may be all kinds of wrong…but isn’t it worth it to your organization and clients to try something different..especially if you keep striking out by hiring jerks that are rude to your public, mistreat their coworkers, aren’t willing to listen to or learn from management, and are stuck in their same old non-productive ways? Recruit different and see how it works out for you. If it doesn’t, it’s more likely because they aren’t invested in once on board. And if that’s the case, maybe the candidates aren’t the problem.

Nothing says “Saturday Morning” like a good cartoon. I’d wake up early on the weekends just to see what mom was cooking and to see what adventures my favorite animated characters were about to embark on.

Watching those same shows now I think, “I had no earthly idea at the time what they were really talking about!” I can take those very episodes now and see all kinds of life and business lessons and apply them to the stuff I see at work everyday.

Here’s a sample of my latest “Transformers inspired” post at Performance I Create: 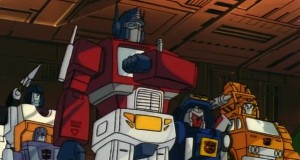 …while the concept of shape-shifting extraterrestrials may be a little far-fetched, they are really more like us than you might imagine…blending in with the rest of us as we go about our daily routines. It’s not until they morph or transform into something unique that we pay attention. It’s in this giant, unfamiliar mode that their actions become amplified, noticed and establishment altering.

Am I transactional (maintaining status quo) or transformational (trying to move beyond the status quo)?

Click HERE for the full article and please share! I promise that it’s more than meets the eye! See what I did there?

I see a lot of things in my line of work. Organizational issues, backbiting and fighting, several people that need to shut up and sit down, but more importantly, people in leadership positions that need to stand up…and actually lead.

Today at PerformanceICreate.com, I’m discussing how critical it is for a person in a decision-making role to command the respect of their peers and coworkers by not only talking a good game, but by having the right mindset and taking the right actions. Here is a sample:

Leadership requires seeing the field from a broader view. Being able to recognize things when those who are in the trenches don’t or can’t. As an employee, I must be able to trust the person that I’m following knows where we are going and how to get there…and at the very least knows how to find out quickly if they don’t…