While flipping through the radio stations one night this week I stumbled upon this completely horrible song. But ironically, the guy said something that resonated with me because I was really trying to think of a title for this post. While I’m sure the context in which he meant it was different than mine, it still stuck with me when he said, “Real bosses just sit back and listen…”

When counseling managers, I hear all too often of unnecessary, unproductive confrontations and negative conversations. The conversations remind me of those had with children when one says something…and in an effort not to be outdone, the other just has to rebut, and it becomes a situation where no one wins.

When there is too much talking, not enough listening and someone is so busy trying to prove or drive home their point, messages get lost in delivery. The way something is said (especially when it has nothing to do with the actual issue at hand) can trigger certain emotions that cause all negotiations to shut down. Managers seek satisfaction by throwing verbal darts in an effort to exert authority and prove their case. Unfortunately, those darts and making employees feel as if they are “losing” are more likely to cause the difficult employee to avoid coaching, become combative and unwilling to listen…and even worse, passive aggressive and disengaged. So when you feel as if you “won” the discussion, did you really?

No one ever wins those back and forth battles…in person or in email. Managers often loose credibility and leverage simply because they talk too much, always feeling as if they have to justify a directive or decision after the fact. Leaders communicate what they want, not defend what they do. Clear communication up front allows you to sit back “like a boss”, instead of constantly having to defend your position.

What Is Your Best Defense? 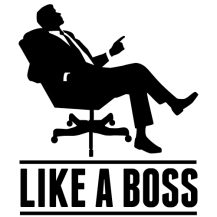 Well-placed silence can be a powerful weapon in an effort to get results in one-on-one, difficult conversations. Tactical conversation can help people to actually hear what’s coming out of their own mouths, while giving difficult people a chance to put their foot in theirs. Well-placed silence helps one choose battles so that there will be enough energy to ultimately win the war. That being said, it’s ok to let people feel as if they are in charge or winning, especially when you know that you have a legitimate case. THE truth will come out if we manage our reactions properly, speak when necessary and keep our comments direct, fact-based and unemotional.

Back and forth battles give difficult people ammunition to continue in their manipulative and unproductive ways. Strategy, patience, calculated conversations and well-placed silence give managers the endurance and edge they need to get much needed buy-in and behavior change. And it’s those qualities that will enable managers to not just feel as if they’ve won a fight, but to actually win the war with the whole team in tact.

6 thoughts on “Real Bosses Sit Back and Listen”